This startup has recycled over four tonnes of cigarette waste!

They say, ideas are born out of the commonest places. For Delhi university student Naman Gupta (23), a unique idea that India never saw or heard of, was born out of his room.

Gupta and his aide Vishal Kanet’s venture, ‘Code Enterprises’ is India’s first cigarette waste and recycling firm that converts cigarette waste into useful products. Within a year of operation, they have expanded to 20 states. In an invigorating chat with IAAE staffer Gairika Mitra, Naman Gupta tells us about his secret sauce to success. Read on!

It was just a usual visit to a common friend’s place and that’s when the idea struck them. Naman and his co-founder Vishal Kanet, visited a common friend and were astonished to see the amount of cigarette waste being generated in one PG. They started wondering how much waste could be generated by the whole country then!

The duo started operations from Delhi as they were residents of the same. Their initial days mostly constituted of distributing pamphlets, visiting cigarette vendors and explaining their business strategy. “We provided them with cigarette collection bins called ‘VBins’ against Rs. 99 for three months of service. Then, we would pay them Rs. 250 for one kg of cigarette waste,” says Naman Gupta. 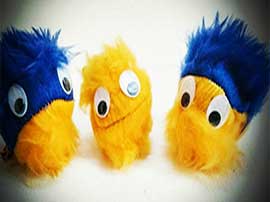 ‘Code Enterprises’ uses a special chemical process for recycling the discarded cigarette buds. A major by-product is an organic compost powder, prepared from leftover tobacco and paper covering. This can be used for plantations and nurseries. The final recycled product is then used to make cushions, garlands, key-chains, and toys for kids.

‘Code Enterprises’ is currently a bootstrapped venture. They kick-started with 50 lakhs in their kitty and churned out a monthly revenue of 30K-50K. Their current focus is on building their business before they look forward to funding.

‘Code Enterprises’ currently has its presence across 20 states in India. They have about 60 associates on board, managing approximately 100 districts. An elated Naman says, “Over the past one and a half year, we have recycled over four tonnes of cigarette waste.”

They have stretched out a hand of co-operation towards the rag-pickers, and cigarette vendors too. Over time, about 10,000 VBins have been installed for collecting cigarette waste. This has provided a source of income to about 5000 individuals.

Naman Gupta is overwhelmed with the immense response he has received. There were some initial challenges but this thought of recycling thrown cigarette buds, has been really welcomed. People from Georgia and Spain have called up personally and congratulated the duo.

Talking about the days ahead, Gupta says, “We are conducting research on the potential use of Cellulose Acetate in manufacturing air-purification systems that could be used in kitchen chimneys, and look forward to creating more such products in the near future.”

I Am An Entrepreneur (IAAE) takes pride in covering such youngpreneurs who come up with solutions that benefit the society. Stay tuned for more such inspiring tales!