Cryptocurrency: Is it a Bane or a Boon?

Has the recent dilemma about cryptocurrencies driven you nuts? Well, this piece might bring in some enlightenment.

Fast lives and compact schedules have resulted in limiting conversations only to coffee breaks, or probably lunch time. Usually, such conversations revolve around current affairs, and I am sure that cryptocurrencies occupy a major part…

Recently, I overheard two of my colleagues talking about a friend of theirs, who had recently made 30K from a meagre investment of 5K. I saw a mixed reaction on their faces, somewhat a combination of happiness and perplexity. I guess it was because they lacked clarity on what cryptocurrency actually was, and how people could make money in such a short span?

What Exactly is Cryptocurrency?

Wiki says that cryptocurrency is a ‘digital asset designed to work as a medium of exchange that uses strong cryptography to secure financial transactions, control the creation of additional units, and verify the transfer of assets.’

Is it Good or Bad?

Even though, a lot has been written about the banes and boons of cryptocurrency, and people have placed their viewpoints; we have handpicked some thoughts from industry leaders who might help you get a hang of things.

“In the next few years, we are going to see national governments take large steps towards instituting a cashless society where people transact using centralised digital currencies. Simultaneously, the decentralised cryptocurrencies – that some even view as harder money – will see increased use from all sectors.” – Caleb Chen, London Trust Media.

“While it’s still fairly new and unstable, relative to the gold standard, cryptocurrency is definitely gaining traction and will most certainly have more normalised uses in the next few years. Right now, in particular, it’s increasing in popularity with the post-election market uncertainty.” – Sarah Granger, Author and Speaker.

As per the opinion of the industry leaders, within two years, the world would come to a place where people can shove their money under virtual mattresses through cryptocurrency. That is to say, they will find money everywhere they go.

Japan has widely accepted cryptocurrencies, so much so that it has removed the 8 percent sales tax while buying Bitcoin and other cryptocurrencies. Popular currencies in Japan are Bitcoin, Ripple, Ethereum, XEM, and MonaCoin.

Jason Bloomberg, Contributor to Forbes Magazine says, “Enjoy the world of permissionless, blockchain-based cryptocurrencies while you can, because its days are numbered. And don’t lose your shirt when it all comes crashing down.”

American economist Nouriel Roubini tweeted, “Cryptocrazies are also criminal Cyber-Terrorists.” He also claimed that his consulting firm, Roubini Global Economics, was targeted in a 2015 denial-of-service attack because he criticised bitcoin.”

Since mid-December 2017, Bitcoin has lost half its value. 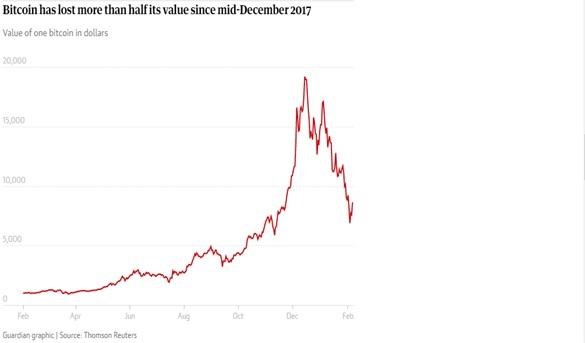 Billionaire Warren Buffett said on 11th January 2018, that he would never invest in bitcoin or other cryptocurrencies, and also predicted that the wildly popular assets were in for a fall.

“I can say almost with certainty that cryptocurrencies will come to a bad end,” Buffett told CNBC in an interview.

Logically thinking, even if one makes a lot of money on cryptocurrency, how would they actually use it in real life? As every transaction here is virtual, you don’t actually know how they function. Their entire value is fictional, with absolutely no security of money.

We have tried to acquaint our readers with both the sides of the coin, as the authenticity of this currency is questionable and debatable. Analysing both sides, we leave it to you, to decide whether to invest in it or not!